The mystery of the missing plates and bowls...

I've moved twice in the past two months. The first move was relatively easy, we only needed clothing and a few personal items. We settled quite easily into the rental while awaiting our new house to be built. The rest of our belongings spent two months in storage, waiting for the first of November when they would lovingly be unpacked.

Actually - let's face it, for the most part we tore into those boxes like it was Christmas morning, excited to see if our belongings had transformed into something magical in the time they spent in boxes. They didn't, but we were still happy to have our "stuff". 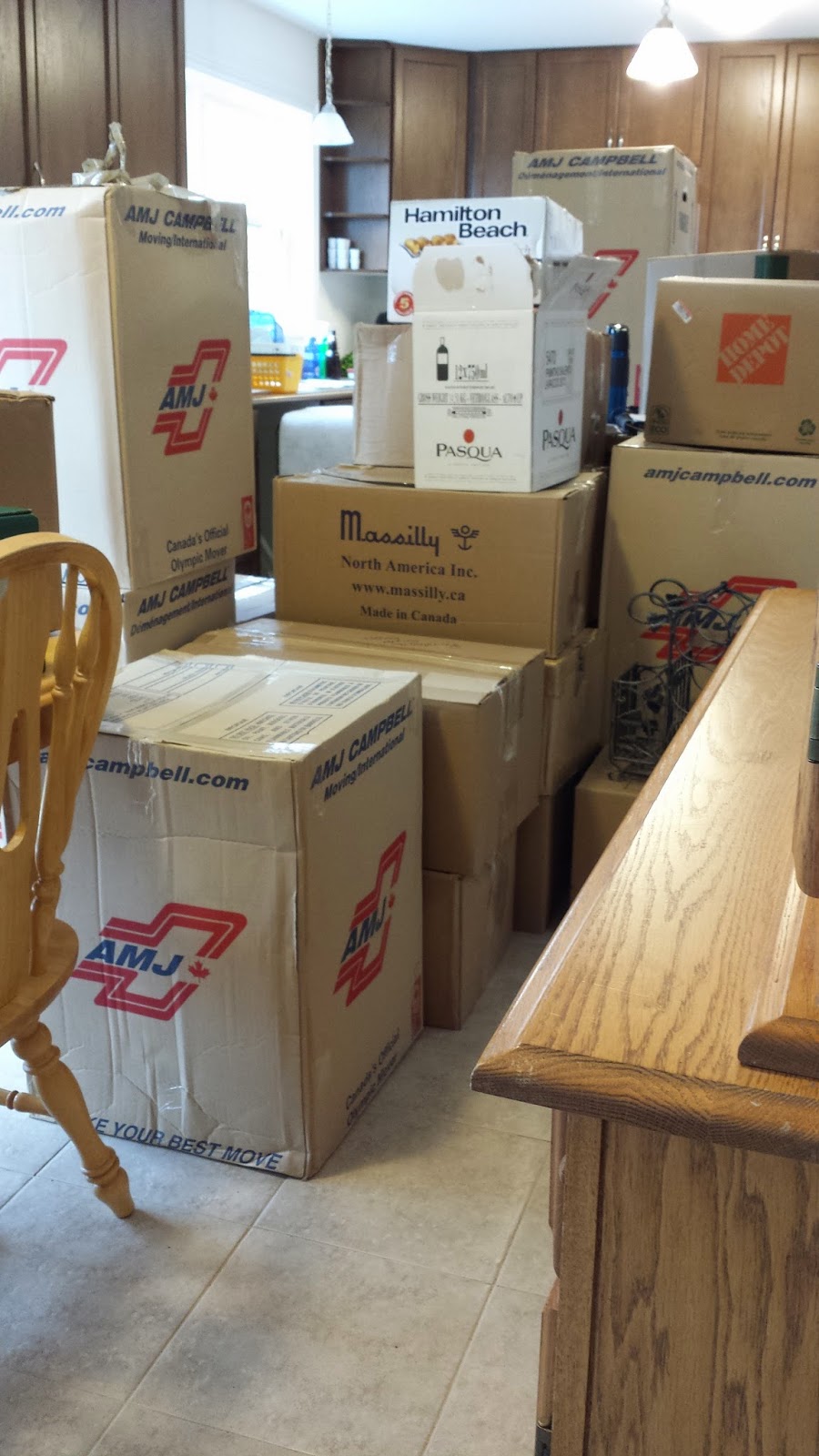 Unfortunately, we lost a few things during the process of the move. A couple items didn't survive transport, resulting in shattered glass, other items were packed into unusual places, and others simply disappeared. 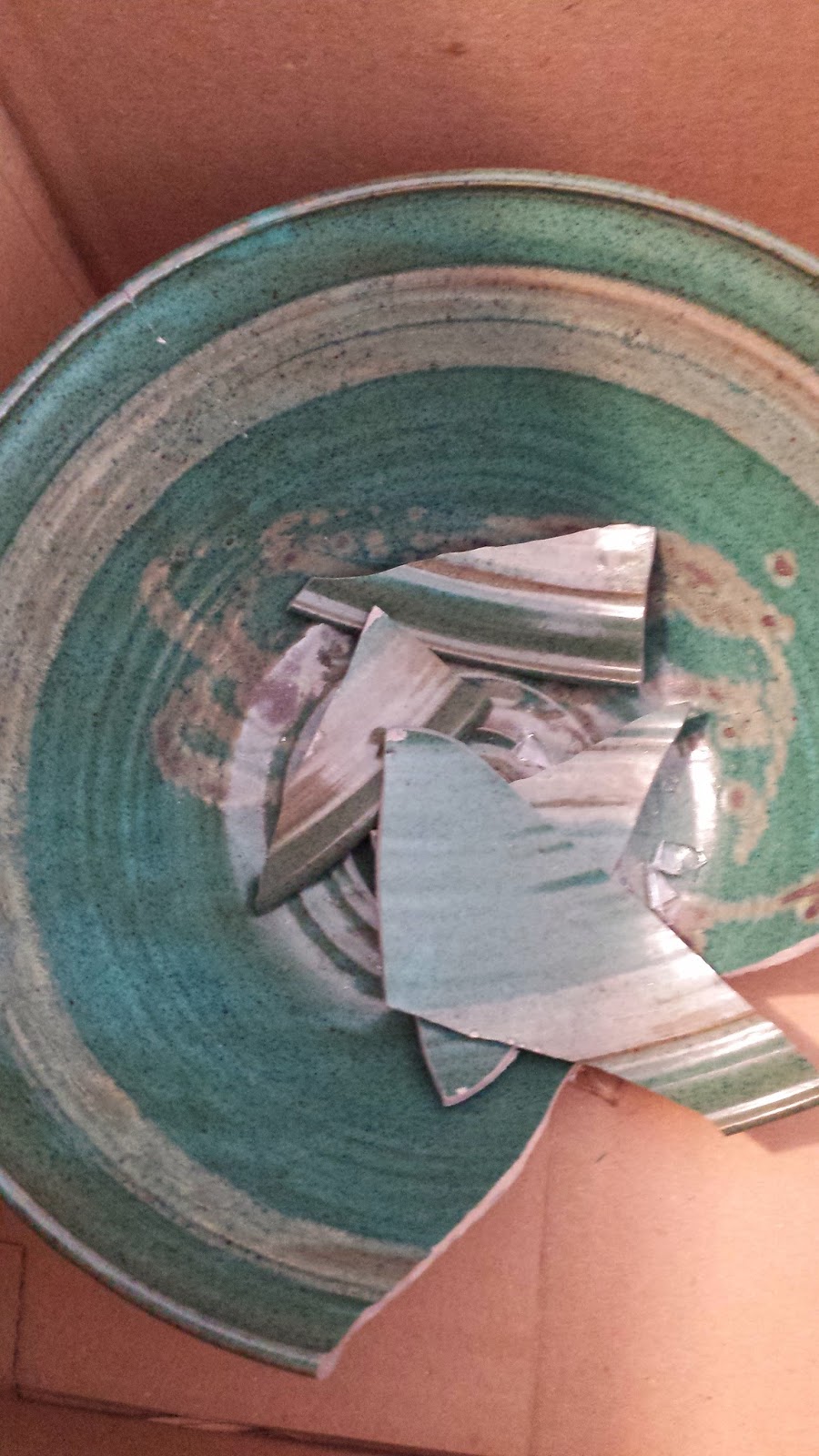 This was the case of the all-important box of small plates and bowls. Once the kitchen was unpacked (the toaster had somehow ended up in my bedroom, leaving a small trail of crumbs), I scratched my head in bewilderment - those plates and bowls had to be somewhere... I had packed them myself.

While searching out the missing box, we found so many things we don't need. I don't even know why we packed them, or what we're going to do with them in the new house - they just don't fit. We sorted through bedrooms, the family room, the rec room, the furnace room... and came up with nearly every household item known to man - everything, that is, except those bowls! My boys had resigned themselves to eating cereal out of soup pots. Even my mixing bowls were in that box. 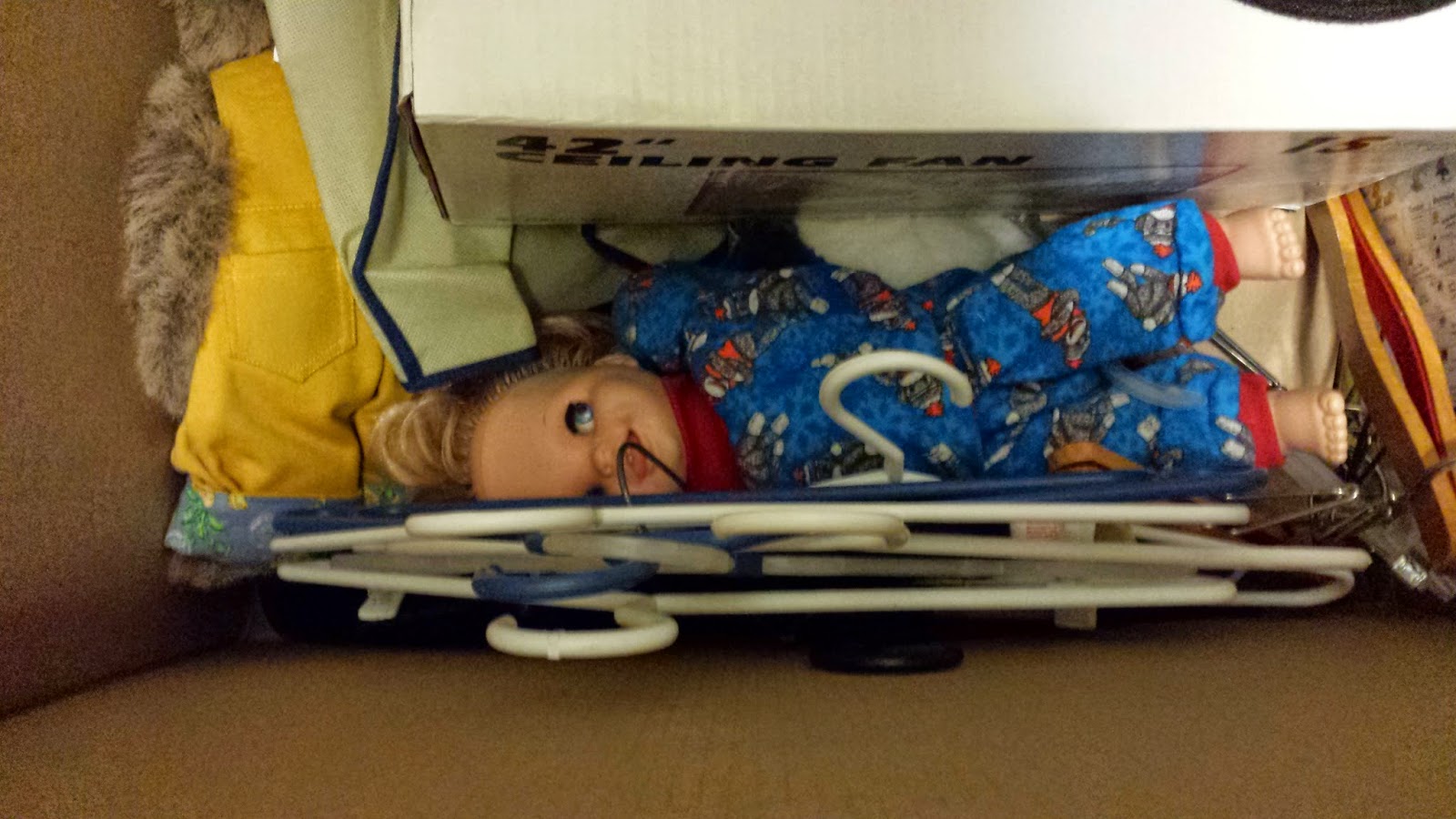 The place we hadn't focused our attention on was the garage. But they couldn't have ended up there. I had already and checked all the boxes, neatly labelled in my own handwriting.

With the falling snow, we decided it was time to tackle the chaos of the garage. We moved boxes, bins, and bikes. We did not think of the missing bowls and focused only on making space for the car to fit. 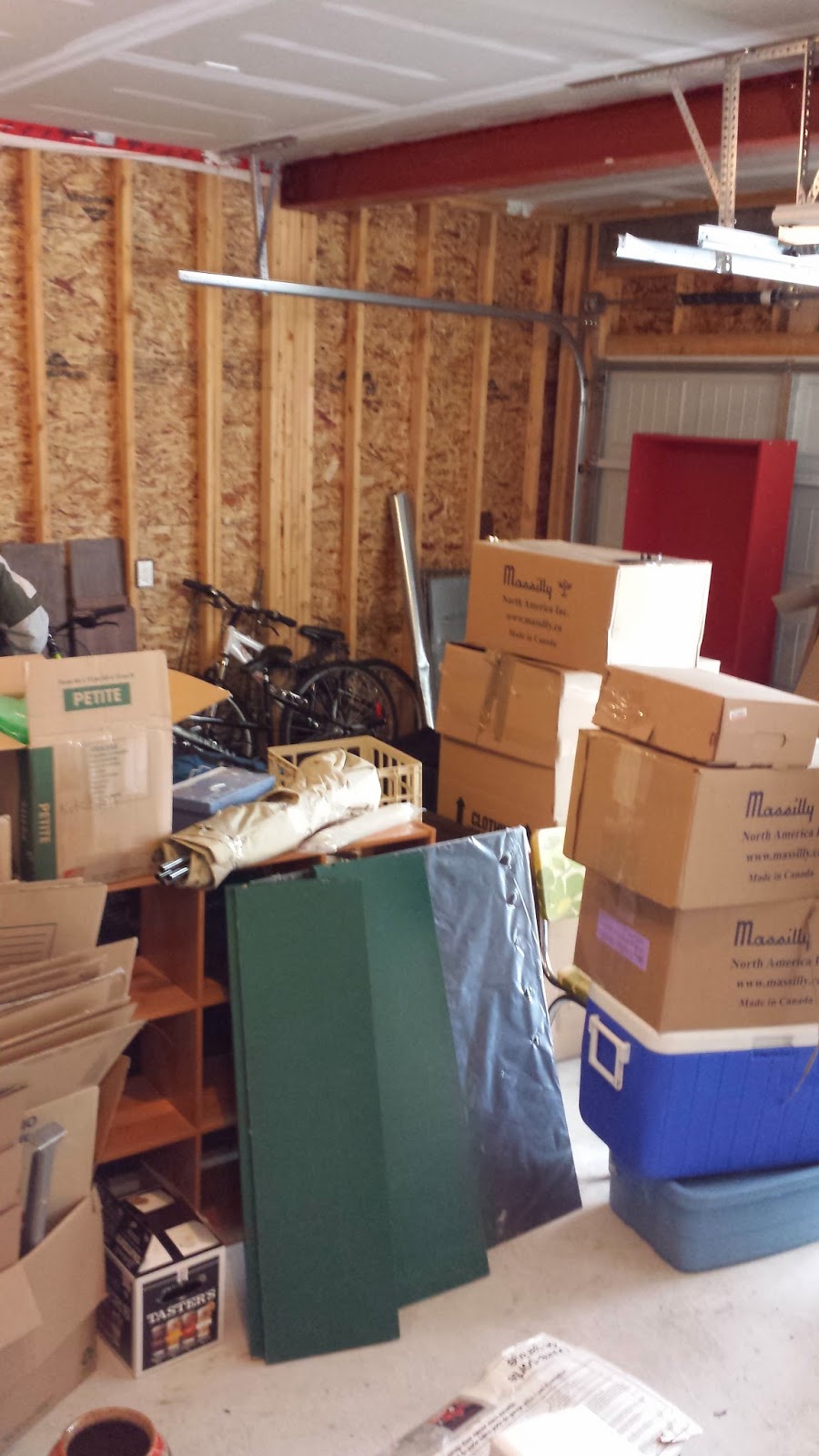 And then - a miracle happened. We opened a giant, unlabeled wardrobe box; one that I had not packed. Sitting on top was the missing box! There were also snow-saucers, a soft cooler, and a bunch of other misplaced items tucked inside. Now... how the heck had that fully packed, heavy box of dishes ended up inside a giant box of outdoor stuff? It's a mystery: one of many this move has revealed. 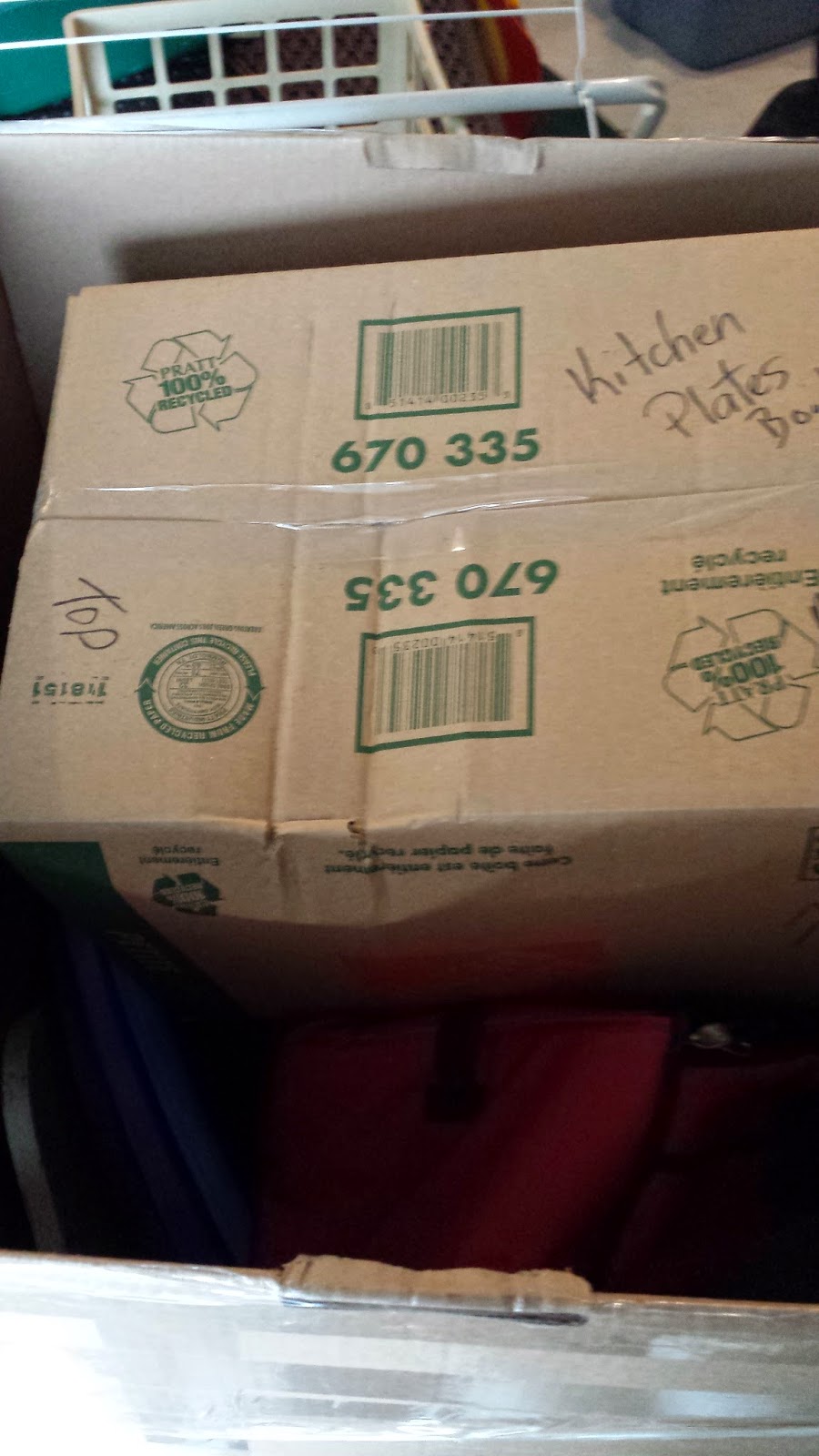 In the end, eating cereal out of soup pots didn't hurt anyone, but this move is beginning to make me question my sanity.
Posted by Jenny-B at 2:56 PM No comments: