With Newvember over... and me behind on blog posts, I need to get my act together and get to work! I spent most of last month working on "Snakes & Snails & Alien Tales" for NaNoWriMo, and that meant a lot of other things fell by the wayside. The story isn't finished; I probably have another 5000 words or so to write, but life can't remain on pause forever. If you're interested in the raw, unedited, messy manuscript, go ahead and follow the link. It's posted on Wattpad for all the world to read for free. 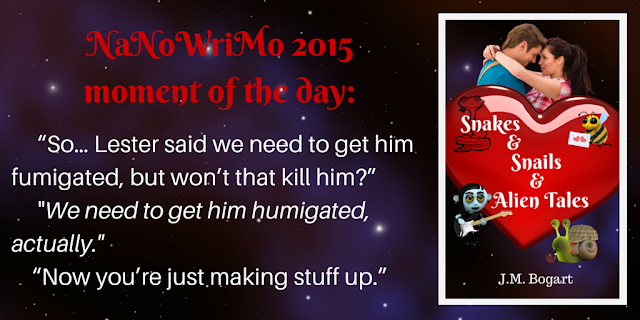 In more important news - the blog tour for Newvember came to an end... and I have rafflecopter winners to announce! I've emailed all winners, and I'm just waiting to hear back from the recipients so I can send out their loot. It would be a good idea to check your email, including your junk mail, to see if you won one of the three prizes.

The Indiegogo campaign for Newvember has also come to a close, and because I didn't reach the fundraising goal, books cannot be ordered through that venue. Print books will still be available, but I'll have to figure out another way to allow orders for signed copies - or, you'll just have to come find me when I set up events at various bookstores. In the meantime, you can order Newvember directly from the CreateSpace eStore, but it won't be signed. I've already received and approved the print proof - and it's gorgeous! 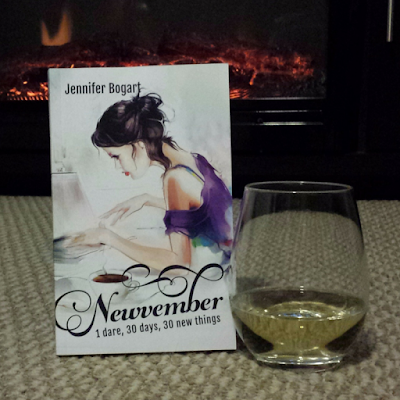 I've decided to embark on a little experiment regarding printing and distribution... as the details become available, I'll be sharing them here. In a nutshell, I'm trying to make it easy for independent bookstores to stock copies of my books, while keeping them easily available on Amazon (US, UK, and Canada). Once the book is live on the Amazon sites, I'll share the links.

I'm going to need December to catch up on all the things that didn't happen during November, but that's okay, because being busy is far better than being bored. So, in the spirit of Newvember, I'm turning December into Do-cember and am going to focus on getting stuff done!