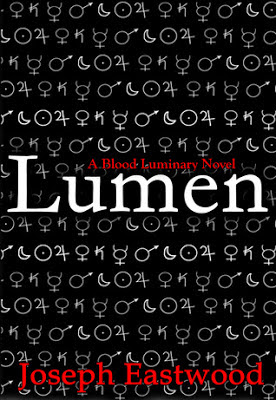 This book is for anyone who loves fantasy. Joseph Eastwood’s imagination draws the reader into an alternate reality where magic exists, perils abound, and characters come to life on the page. Daniel is a complex character, both strong and weak, dealing with his changing body, maturing emotions, and new powers he must embrace. Born in the Lowerlands and educated in the Upperlands, Daniel's begins to experience privileges he wasn't meant to have. However, with his privileges comes unexpected danger as he finds himself fighting to stay where he doesn’t belong.

While the story is intriguing and the characters are believable, this book does have its faults. First, it needs a solid line edit to correct small issues such as typos, missing words and awkward sentences (nothing too worrisome, but still all too common in independently published books). Second, there are a few inconsistencies in both the plot and the characterization. I had difficulty figuring out if Daniel was from the lower part of the Middlelands (as suggested at the beginning of the book), or if he was actually from the hated Lowerlands. Technically, Daniel isn’t allowed to leave the island or he could die, and yet he is permitted to go without consequence. Reuban both supports and hates Daniel – which is realistic enough, but he falters between giving the boy privileges and protecting him and setting him up for failure. Not to mention, Reuban breaks character and risks his school, students, and own life in calling for a Luminary without ever  giving the reader a good reason why. There are times when secondary characters know things they shouldn’t. For example, Daniel’s mother doesn’t know what he is, and yet she does when he arrives at her house with Mia at the end of the book.

As the book progresses towards its end, revealing Daniel’s true form, it feels a bit rushed. So much time is given at the beginning, creating realistic characters and a unique world that I wish a little more time had been taken to reach its conclusion. The ending culminates in numerous inconsistencies, leaving many questions (which obviously lead into the second book), and making me feel as though the entire thing was rushed to completion. Again, without giving away too much information, I can’t understand why Reuban waited to carry out his plan for Daniel instead of acting the moment he knew his true form. I also find it hard to believe that only one teacher champions the youth – but not until his life was in imminent danger, and immediately following a scene in which the teacher didn’t care if Daniel lived or died.

Why would Daniel stay in a place where he obviously wasn’t wanted? Especially if he could leave at anytime without consequence. It didn’t seem to me like he was getting anything out of being there, other than numerous beatings. I also think the character of Jac could have been better defined. His role is important, and the author has the ability to delve into that character’s mind, as he often does, so why not expand on his role in the book earlier to help clarify events and perhaps clear up some of the inconsistencies?

Despite the issues above, could be a good book. With a bit of polish and more attention to detail, this series should meet with success in the YA fantasy market.

Joseph Eastwood can be found on Goodreads, Facebook, Twitter and on his blog.
Posted by Jenny-B at 1:00 AM