April is National Poetry Writing Month. In celebration of poets everywhere, and to encourage those who are just embarking on their literary journey, I will be posting poetry (not mine) each day for the month of April. Please take a look and enjoy this special art. 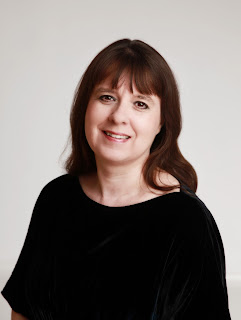 J.S.Watts lives and writes in the flatlands of East Anglia in the U.K. Her poetry, short fiction and book reviews appear in a diversity of publications in Britain, Canada, Australia and the States including: Acumen, Mslexia, Polluto and Silver Blade and have been broadcast on BBC and Independent Radio. She has had three books published. A full poetry collection, "Cats and Other Myths" and subsequent poetry pamphlet, "Songs of Steelyard Sue" are published by Lapwing Publications. Her novel, "A Darker Moon" - a dark literary fantasy, is published in the US and the UK by Vagabondage Press. Further details at: www.jswatts.co.uk  and on Facebook: www.facebook.com/J.S.Watts.page
Where does your inspiration come from:

My inspiration comes from all sorts of things, but mostly from the world around me. Sometimes, something I see or a particular location will spark a poem, as happened with "Autumn at Kneesworth". Often it's a coming together of lots of different thoughts and ideas, rather than one or two, that ignites the poetry. The book "Songs of Steelyard Sue" was written as a poetry sequence, telling the story of an every(wo)man character through individual poems. My interest in fantasy, myths and science fiction shaped the overall book, though the separate poems were written at different times and had different sparking points. Indeed, my interest in myths and legends influenced both my poetry collection "Cats and Other Myths" and my novel "A Darker Moon". Perhaps my inspiration comes as much from what I can't see as what I can.

A thousand bright stars scattered
across the meadow’s grass,
twinkling white in the depth of the green.
A field of night spread across the sky
sprinkled with clover suns,
small midnight blooms.
I fall asleep
inhaling starlight. 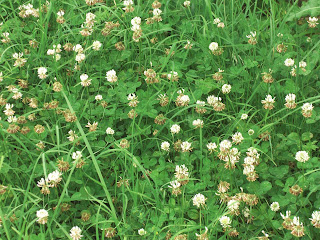 One last hope flares in the trees,
embarrassing them with unexpected emotion
to their reddening tips.
A conflagration of the senses.

Down in the black spaces of the elm
and below the sluggish stream,
I am looking for myself in places
I don’t usually go.

Am I hiding in the memory or the action,
what I did or what I do?
Am I now or only in the going forward?
Where will I find me in the stasis that follows?

Maybe I am hoping to find next year’s me
waiting in the dark.
Maybe I am just trying to evade
this season’s arson

because it is difficult
to believe in spring
with this year’s hopes
burning down around you. 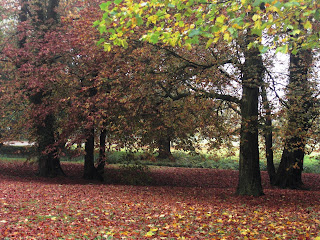 The Making of Steelyard Sue

Blodeuwedd of the scrap yard,
though they made me with iron, not flowers.
Bent and buckled metal: hub caps,
valves and pistons, spare parts, abandoned junk,
all have a home within me.
Rust blossoms instead of corn cockles
and red horse chestnut.
No one will die for love of me.
No one will tell stories.
Small birds are wary,
scarecrow of the rubbish heap,
but at night a thing
with yellow saucers for eyes
and hooks for feet
perches within my lonely ribs
and shrieks defiance at the moon.

From “Songs of Steelyard Sue” by J.S.Watts (Lapwing Publications 2012)