This morning, I wrote poolside. The only things missing were a tropical cocktail and the cabana boy to serve it. While my boy was diving, I racked up 1 779 words, and got to watch some pretty awesome skills too.

It's a good thing the words were done early, since the rest of the day was filled hockey, more hockey, and sorting through a couple of old bins in the basement. I found a few interesting items - one of which I was sure had been destroyed... 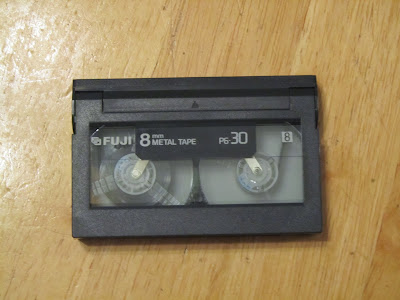 Thankfully - I don't know anyone who still has a machine to play this back, so it's all good.

My NaNo story is coming along nicely in word count -  28 671 words so far - but I'm beginning to think this will be one NaNo project that won't see publication. I know it's a rough first draft, and that editing will weed out the crap, but let's face it: not all novels are meant to be.